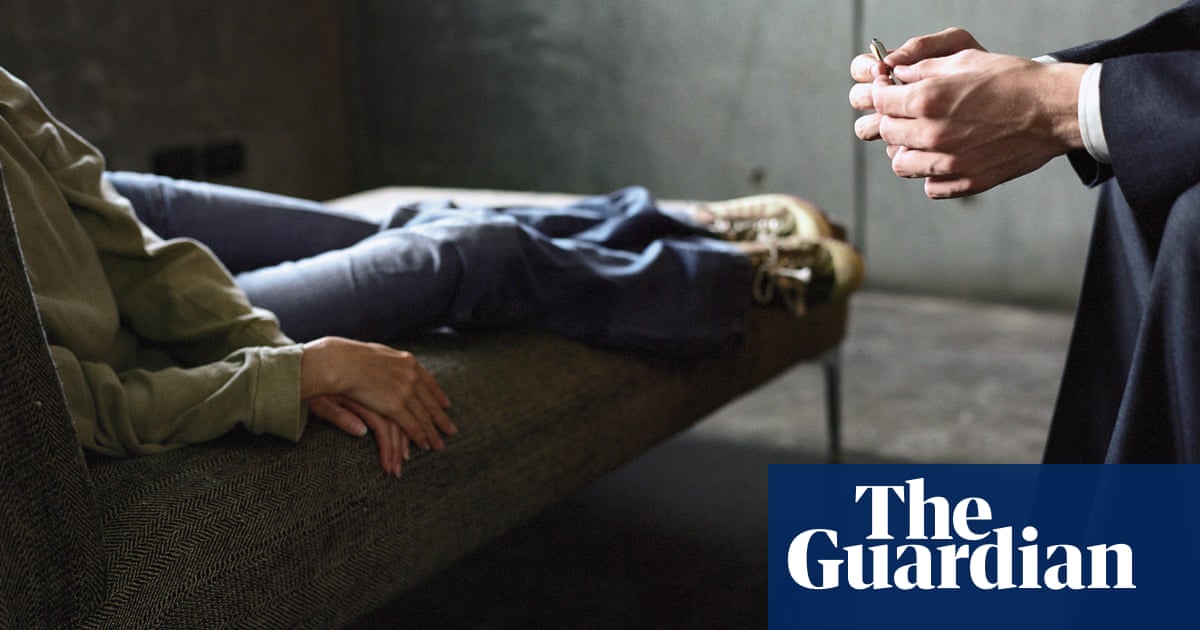 Michael was a fortysomething middle manager at a mid-sized tech company who every day felt like a failure.

Even though he was wealthy enough to send his two kids to private school, he was always anxious about his status. He frequently snapped at his wife and after working long hours, often retreated from his family with a headache so he didnt have to deal with anyones noise or demands.

Worried that his job stress would eventually destroy his marriage, Michael sought therapy with Boston psychologist Kalman Glantz, who encouraged him to look for concrete evidence that his work fears were warranted. But soon, he reported back that his superiors and co-workers had no real complaint with him and there was no actual threat to his job.

Objectively, he was doing fine. However, in a treacherous economy that is increasingly inequitable, having strong self worth at work which is where so many of us focus has become almost impossible.

In traditional cognitive therapy, a psychologist like Glantz would attempt to use discrepancies between a persons perceptions and feelings and the reality of the situation in order to help them feel better about themselves. By learning to recognize that many fears arent based in fact and directly addressing those that are patients can over time learn to reduce anxiety and depression, research shows.

But Glantz took a different approach. He asked Michael why he even had an opinion about his status at all. Once Michael got over the weirdness of the question, the therapist worked to help him reconsider the idea of constantly worrying about whether he measured up.

Inequality isnt just changing the way we deal with economics its perversely altering how we see ourselves and what we value. And Glantz and J Gary Bernhard, authors of the new book Self Evaluation and Psychotherapy in the Market System, want us to understand that.

What I would do is focus on the reality of the system which puts people in that kind of situation, Glantz says of his work with Michael. It has nothing to do with him.

Welcome to the new world of what might be called inequality therapy.

In a hyper-capitalist world where advertising and financial pressures channel the drive for status into an obsession, no one can really win even those who appear to have it all. Commerce infiltrates even the language we use to describe our deepest concerns: am I worth it? Am I valued? Do I count?

This problem is exacerbated by the market system because, Glantz says, it values a particular type of identity, one based on achievement rather than on belonging.

Inequality makes that harder to see as it unendingly promotes what psychologists call materialistic values that are harmful to mental and physical health. These involve prioritizing the pursuit of money, status and image over things like family, spirituality, helping the community and just having fun, says Tim Kasser, professor of psychology at Knox College and co-author of the book Hyper-capitalism: The Modern Economy, Its Values and How to Change Them.

Kasser conducted a 2014 meta-analysis of hundreds of studies of materialistic values. Not a single one showed a positive relationship between material values and well-being. The effect is almost always there and significant and basically always negative, he says, noting that materialism is associated with less life satisfaction and happiness and more anxiety and depression. People who worry about status also drink more, smoke more and natch shop a hell of a lot more.

Kasser notes that there are two important spurs for materialism, both of which are heightened by hyper-capitalism. The first is the most obvious: ads, movies, TV, other media, which constantly push consumerism. From the sociopathic level of consumerism exhibited by our current president and the reality show swamp from which he emerged to the Styles section of the New York Times, the trappings of wealth are exalted.

But another, perhaps even more important factor, matters, too. And that is a sense of economic uncertainty, instability, precariousness or actual experience of low economic status. When people grow up in a situation of threat or insecurity or are reminded of these things, they orient towards materialistic values, Kasser says. Being deprived or feeling that you soon will be focuses the mind on money.

And as we struggle to balance the need for love, friendship, family and financial security, hyper-capitalism weights the scales heavily in favor of putting gaining wealth first. We all know prioritizing relationships and values like compassion over money is healthier and more likely to lead to lasting happiness, but most of the messages we get suggest the opposite.

For Michael, having permission to stop ruminating on his status helped break its hold over him. By observing the thoughts rather than engaging with their content, he began to gain distance from them. This and some meditation and relaxation exercises allowed him to be more attentive to his family. That broke the cycle of irritation and arguing that escalated stress. And by judging himself less, he became less judgmental about others.

In the past, many therapies have had strongly political elements: consider the group therapies of the 1960s that urged people to liberate themselves from the restraints of the straight world or the 1970s consciousness raising of feminist psychotherapy. But as hyper-capitalism intensified through the 1980s, the focus narrowed almost exclusively to the self. This put the blunt of the blame for failure squarely on the individual, even as the odds of rising economically and achieving the American dream fell sharply.

As cases like Michaels suggest, it is high time for an inequality therapy that doesnt fault people for being crushed by an inhumane marketplace but instead recognizes that it is the system, not the self, that is broken.