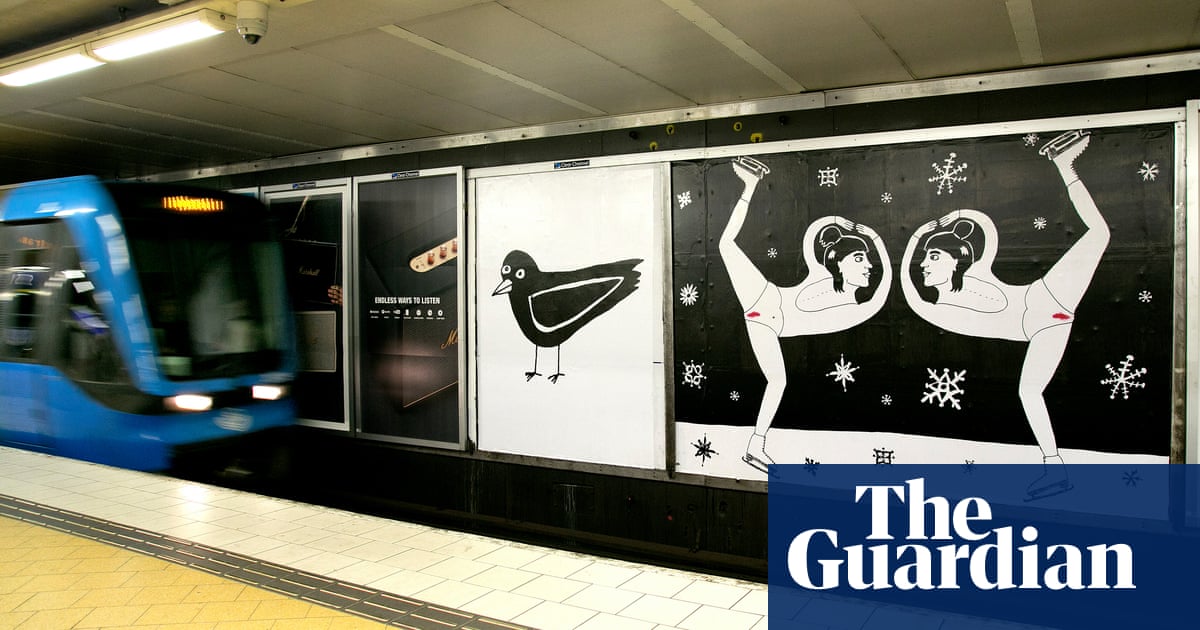 The Vienna tourist board had long earmarked 2018 for its year-long retrospective of Viennese modernism. Unexpectedly, of all the artworks it could have advertised it with Gustav Klimts tender Kiss; Venus in the Grotto by Koloman Moser it chose a selection of characteristically baleful, spindly nudes by Egon Schiele.

We thought it was so stark, so strong to work with in advertising, says spokeswoman Helena Hartlauer one drizzly afternoon at Caf Museum, a traditional coffeehouse in Vienna where Schiele, Klimt and their peers were regulars more than 100 years ago. And then we were made to cover most of it up.

Advertising regulators in Germany, the UK and US all refused to display the figures male and female uncensored. A source close to the decision-making of Transport for London expressed concern that the depiction of genitals, though artistic, could be at odds with public wellbeing.

The decisions demonstrated not only Schieles continued capacity to shock, 108 years after his nudes were removed from an exhibition for their obscene nature, but also the unseen ceiling on artistic expression in shared spaces.

Public art is usually spoken of approvingly, as is art that pushes boundaries. But is there a limit to how challenged were prepared to be in places like airports and train stations, where everyone has to go?

After two weeks of back-and-forth about how much Schieles nudes needed to be covered, the Viennese tourist board had the idea to reframe the rejection as an opportunity. It resubmitted the posters with an apology splashed across Schieles bare bodies: SORRY, 100 years old but still too daring today. The accompanying hashtag, #ToArtItsFreedom, referenced the slogan of the Viennese secession: To every age its art, to art its freedom.

We figured its the exact same discussion as 100 years ago, says Hartlauer. Its art, its not pornographic. But apparently some people are still offended.

Of course in this case Schieles art was also advertising, and therefore in London was held to the same standards as any other material displayed on TfLs network. With 31 million trips recorded every day, TfL says it must be considerate of its large and diverse audience.

From its recent censorship of both a womans bare back and an irreverent funeral campaign, TfL seems to err on the side of caution. (German authorities agreed to display Schieles female nude with torso uncovered; TfL didnt.) Surely a distinction can be made between a masterpiece in oil on canvas and Gary Lineker with his kit off?

A spokeswoman referred Guardian Cities to TfLs advertising policy, which says that though it does not seek to be a censor, its network is largely closed: unlike TV, online and print media, people cannot simply switch off or turn a page if an advertisement offends or upsets them.

This is a crucial distinction with other public expressions of artistic nudity: as functional, shared spaces, transport hubs have to try to accommodate everyone.

In Stockholm, where the metro doubles as the worlds longest art gallery, with works by 150 artists displayed in 90 of the 110 stations, the line can be harder to draw. Last year The Night Garden, a series of 26 enlarged felt-pen sketches of birds, cats, trees and even naked men by the graphic artist Liv Strmquist, known for her feminist and satirical perspective, was accepted for exhibition at Slussen station. Three of the 26 images captured particular attention: those showing women with visible menstrual blood. One, of an ice skater in repose with a red stain on her leotard, was captioned Its Alright (Im Only Bleeding).

Images of it went viral, further cementing the citys progressive reputation. Strmquist says an American tourist told her theyd made a special trip to Slussen station just to see it. This would never happen in the US, they told her. She says: They think its typical for Sweden because there has been so much feminist progress.