The author of The Poisonwood Bible is back with an ambitious novel charting the US in breakdown. She talks about the environment, victim-blaming and being a hillbilly 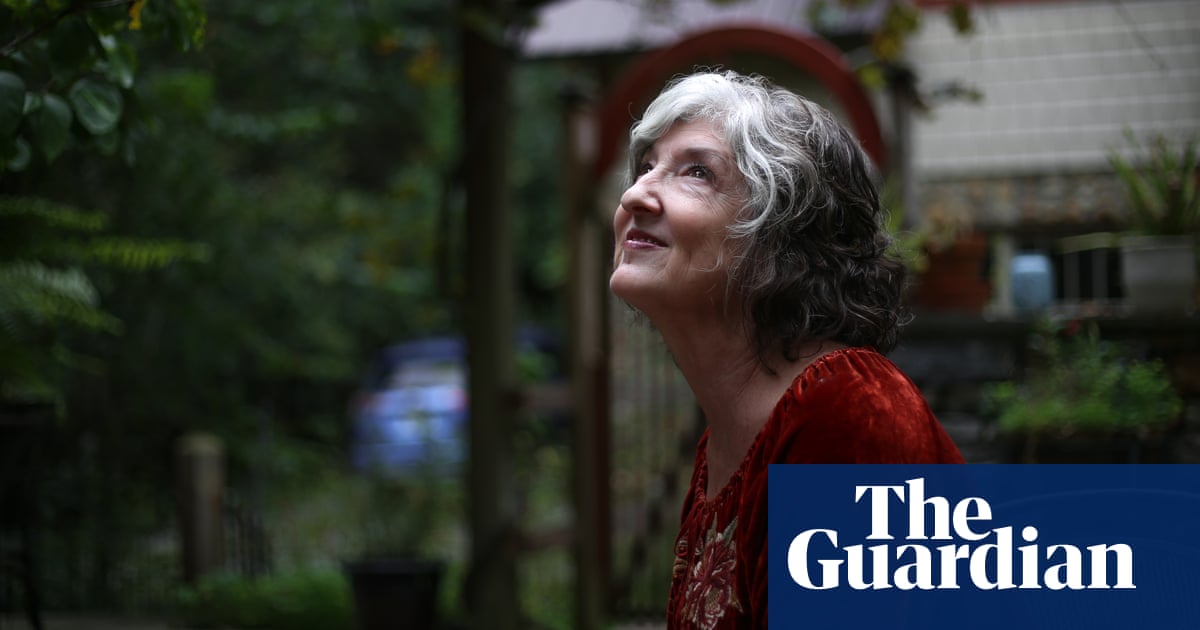 Visiting Barbara Kingsolver on her farm in Appalachia feels like entering some form of enchanted bower. As we drive through the nearby town of Abingdon, Virginia, she identifies some brightly painted wooden houses; the tavern built in 1779; the Barter theatre thats been running since the great depression, when actors performed in exchange for food, trading ham for Hamlet. Then theres her big, cosy farmhouse with its heavy wooden beams, Bartk and Satie sheet music on the piano (she went to college on a music scholarship and has played in various bands), and her border collie Hugo following her around as she quizzes me in unusual detail on how I like my coffee. Im southern, she jokes. I want to make you happy. If all this sounds a little too idyllic, theres nothing sugary about Kingsolver herself. Warm but brisk, she seems to have arranged this as a safe place from which to examine the many more alarming things outside it. Her new book, Unsheltered, a return to the more ambitious, grand scale of novels such as The Lacuna and The Poisonwood Bible (which shes currently adapting for the screen), though lively and vividly peopled, is a novel of ideas, and bleak ones at that. It addresses a world coming apart at the seams. Willa Knox, laid off from her magazine job and trying to keep her family afloat, despite a series of disasters a bereavement, crushing college debt and healthcare costs, vanishing investments lives in Vineland, New Jersey, a former utopian community, in an old house thats crumbling around her.

While attempting to keep the roof from caving in, she becomes interested in the people who lived in the same neighbourhood in the 1870s; they form the novels second strand. Thatcher Greenwood, a science teacher whose excitement about Darwins ideas puts him at risk of unemployment and who is newly and rather precariously married to the socially ambitious Rose, lives in the same building as Willa, with shoddy foundations above which the whole house is at odds with itself. Greenwood befriends the historical figure Mary Treat, a correspondent of Charles Darwin and Asa Gray, who spends her time on scientific experiments, keeping spiders in jars and letting carnivorous plants gnaw for hours at her fingers (Kingsolver showed me some of these plants in her own garden).

She decided it would be useful to go back to some other moment in history when people felt a similar absolute disorientation in the universe. Shed considered writing about Darwin himself, before deciding I write American novels, no matter how far afield they roam. Such a sweet man! she says. Thank God there was no internet. People hated him so much. Emily Dickinson hated him, for Gods sakes! She didnt hate anybody. Its hard to understand now how threatening it was, she says of Darwins ideas, for human beings to be told that in fact they werent put here to be in charge of the rest of the world. Her hope in Unsheltered was to explore paradigm shift. What do people do when it feels like theyre living through the end of the world as we know it? Because thats what it seems like were doing right now, and almost nobody disagrees. And maybe people said that 10 years ago, but now theyre really saying WTF?

Like those in 1871, the characters in 2016 are struggling to come to terms with the realisation that all their assumptions and expectations in life, including their basic understanding of both natural and economic laws, no longer apply. The beliefs that ice would stay frozen and there would always be more fish in the sea, that growth and consumption could and should go on for ever, that hard work would pay off and that each generation would have more than the last, have been swept away. Whether now or at the fall of the Roman empire, Kingsolver says: At the end of an era, people keep grabbing harder on to the world that they know. See what happens, as she puts it, when you put a bunch of rats in a box. And of course when their material shelter is under threat, people tend to seek the safety of familiar ideas. She is not surprised that we either choose or allow men to lead us who formed their notion of what is good and how to solve problems half a century ago, in the 1950s and 60s. Look at any picture of whos running this country. Theyre all old men in suits.

Every economic catastrophe that befalls the fictional family, Kingsolver says, is something that has happened to someone she knows. Now the end times have reached the inner circle she believes it will strip away a layer of denial about how society actually functions. In the US until recently, enough people have been comfortable enough to support the myth that we deserve what we have, allowing for that awfully American disease of victim-blaming.

Clear throughout Unsheltered is a tension between self-reliance and interdependence. Thats the dialectic, she says, the fundamental conflict that I think is at the heart of every single thing I write. That push-pull, that tug between the desire for individual expression, being a person who can take care of herself, and the necessity of relying on a community, all of the bonds that we dont notice or dont acknowledge. Its a theme that has preoccupied her ever since her ecology and evolutionary biology PhD on the genetics of altruism, which she abandoned after a crisis of faith, when, lying in bed, counting in my mind the people on Earth who would read it, I came up with 11. Its not only an intellectual interest: I saw a lot of unhappiness in the people who gave their lives over to service, a lot of frustration, a lot of misery, really. The women of my mothers generation were a very unhappy lot. Thats why so many of them ended up taking Valium, I guess! And I didnt want that.

Yet Kingsolver doesnt seem the type to lose herself easily. She wrote her first novel, The Bean Trees, by night while pregnant with her elder daughter, Camille, working as a journalist during the day. She notes that her fierce insomnia was in some ways helpful: Everyone has the same number of hours in a day except me. When Camille was late and the doctor recommended inducing the birth, Kingsolver refused an induction and used the extra time to get the book finished. Later, Camille and Lily, her daughter from her second marriage, knew never to disturb her when she was working. There are two reasons you can knock on this door, she remembers telling them. Arterial bleeding; the house is on fire. Joking aside, they respected that. They knew that Mama was doing something important in there. She had planned never to marry or depend on a man, feeling that Im not going to be that person who, you know, makes the meal and gets no credit. I think thats in my psyche, the desire to self-define and also the thorough understanding that nobody really does self-define, no one is self-made. The bottom truth is that nothing functions in isolation.