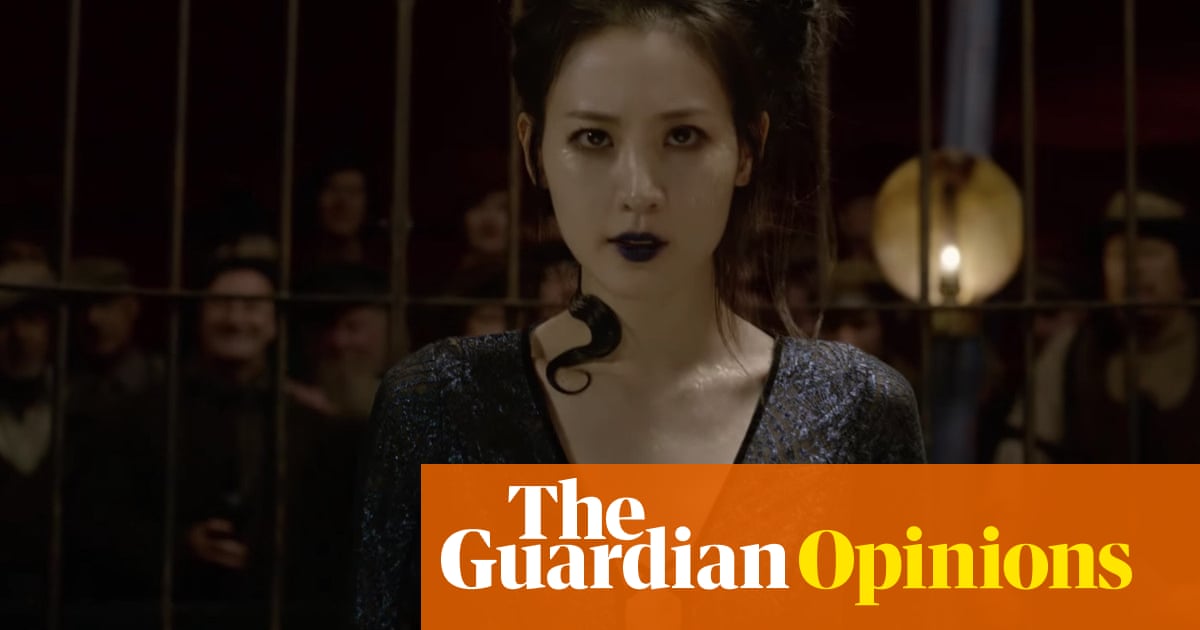 When it comes to Harry Potter, JK Rowling just cant leave it alone. This is not necessarily a bad thing fans have got to see Harry and friends all grown-up in the Cursed Child plays but shes also managed to muddy the waters by her constant rejigging of the original narrative furniture.

The latest act of retroactive continuity (or retcon as its become known) to the source material comes via the final trailer for Fantastic Beasts: The Crimes of Grindelwald, which confirmed that the mysterious character played by Korean actress Claudia Kim is in fact Nagini, the same Nagini who was Lord Voldemorts right-hand-snake in the original books and film series.

The deadly viper was always believed to be just that or rather, Rowling never provided any further backstory to the snake until now, even though she said on Twitter that shes been sitting on this secret for 20 years. Now were told that Nagini was originally a woman trapped as a snake because of a blood curse passed down through her maternal family line.

Theres been much discussion on social media over this revelation, accusing the author of racism. Some arent happy with the optics of a woman of colour playing a character who ends up being subservient to a villain inspired by Nazism, others are frustrated that Rowling has attributed Naginis name to Indonesian instead of Indian mythology and cast a Korean actress in the role as though eastern ethnic minorities are interchangeable.

This latter point seems fairer than the former, as anyone who has read the Harry Potter books or seen the films knows that Voldemort treats everyone, of every creed, like servants, but that Nagini is held in highest regard. Even Dumbledore recognised this in the Half-Blood Prince when, speaking of Voldemort and Naginis relationship, he tells Harry: I think he is perhaps as fond of her as he can be of anything.

So the idea that Rowling is a racist for making Nagini a woman of colour seems well off court. If anything, the retcon has a more sizeable effect on Neville Longbottom. His heroic defeat of the snake in The Deathly Hallows, by chopping off her head to destroy the Horcrux inside, is lessened now that we know that Nagini was a human all along. As Nagini was a victim to a curse not of her own making, then her murder, despite her evil wrongdoing, seems less justified. And this is the problem: by constantly meddling with her original source material, mostly to make it seem more diverse, Rowling is setting herself up for criticism.

Harry Potter might be one of the most universally beloved book series but in hindsight its hardly the most progressive; Rowling has been trying to score woke points ever since. Her tweet revelations have even earned a running joke on social media about how she comes up with progressive additions to her predominantly cisgender and white characters.

The most famous of these character tweaks came in 2007 when she confirmed that Albus Dumbledore was gay. Many in the LGBTQ community felt validated by the confirmation but others were rightly sceptical. If the Hogwarts headteacher was gay why was it never mentioned in any of the seven books or eight films? And what does that say about Dumbledore, that he was himself a progressive individual who believed in equality for all, but his own sexuality was closeted from the people around him? It doesnt do his character any favours.

Rowling has promised that the Fantastic Beasts films will explore Dumbledores homosexuality and the final trailer certainly hints at that. But surely it would make more sense for Rowling to come up with new characters instead of retroactively correcting narrative missteps. That way, the integrity of the Harry Potter books remains intact, Rowling no longer has to claim every narrative decision was anticipated 20 years ago, and fans from all backgrounds can enjoy the new movies while feeling represented. Magic.