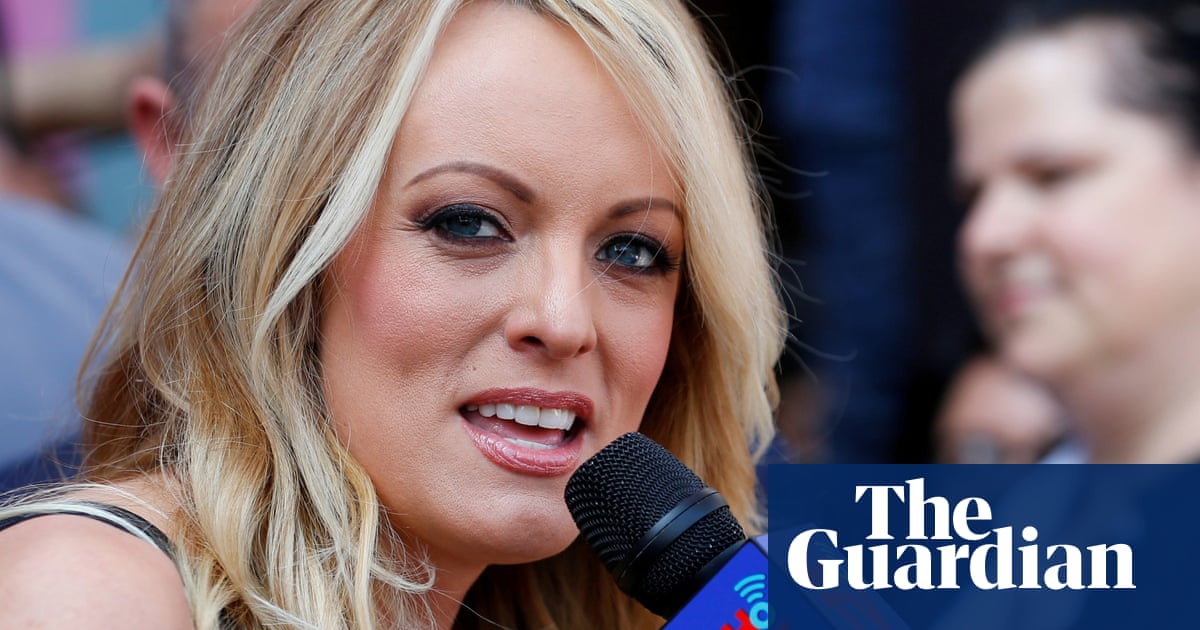 In a tell-all memoir, the pornographic actor Stormy Daniels details salacious descriptions of her time with Donald Trump, wonders if he is fit to be president and claims that he offered to cheat for her in his reality TV show.

A copy of the book, Full Disclosure, was obtained by the Guardian. In it, Daniels describes her mounting disbelief as Trump began to win primary contests in 2016 for the Republican presidential nomination. Former castmates whom she had not heard from in years, but who had heard her story about sleeping with Trump in 2006, would call her up to marvel at the news.

It will never happen, I would say, Daniels writes. He doesnt even want to be president.

But as Trump kept winning, she writes, she began to think she might be in danger. The story she had to tell about Trump seemed more sensitive the more he won. And she had already been threatened once, years earlier, and warned never to tell the story about Trump, she has claimed.

Those moments of fear and doubt and Daniels decision on the eve of the election to sign a $130,000 hush agreement hang around a detailed description of Daniels alleged tryst with Trump at a celebrity golf tournament in Lake Tahoe, California. In the book, Daniels writes in sometimes excruciating detail about the presidents genitals and describes her disgust with herself for letting the scene play out.

She continued to answer Trumps many phone calls over the next year in hopes that he would make good on his promise to put her on his reality television show, The Apprentice, Daniels writes. Trump even suggested that a cheat could be arranged to allow her to survive through more episodes of the show, she writes.

Well figure out a way to get you the challenges beforehand, she quotes him as saying. And we can devise your technique.

He was going to have me cheat, and it was 100 per cent his idea.

Whenever she saw Trump on television for years afterwards, Daniels writes, an internal monologue would play out: I had sex with that, Id say to myself. Eech.

Trump has denied any affair with Daniels, although he admitted to personally reimbursing his personal lawyer, Michael Cohen, for the money Daniels received in the hush agreement.

With its intensely intimate portrait of a clownish and insecure Trump, the book lands after weeks in which the White House has struggled to debunk a portrait of an outmatched and incompetent president in a separate book, Bob Woodwards Fear, and to debunk an editorial by an anonymous administration official claiming that subordinates routinely ignore and subvert the presidents orders.

The proliferation of damning narratives have been dismissed by the White House as made-up stories, floated as a distraction, Trump claims, from his achievements. But his approval rating appears to be slumping toward the mid-30s, a historic low for presidents at a similar stage in their first terms.

Opinions about Trumps presidency are scarce in Full Disclosure, although when Daniels tells a story about Trump growing agitated about a golf course plan she notes: There was nothing that made him seem as petulant and prone to tantrums as he has been as president.

The crux of the book follows Daniels decision to go public with her story about Trump just before the election, after years of hiding the affair, she writes, from her then-husband. Going public meant that she and her daughter would be less vulnerable to attack, she reasoned. She recounts a story she has told elsewhere, of being approached by a large man in a gym parking lot in 2011 and warned not to tell the story about Trump. Trump has said the parking lot story is a total con job.

Beginning with Daniels youth as a girl named Stephanie Clifford growing up in Baton Rouge, Louisiana, Full Disclosure tells a vivid story of childhood poverty, neglect and abuse, including sexual abuse by a middle-aged man beginning when Daniels was nine years old. The stories are intercut with light moments such as her time with a beloved pet horse and a crush on Patrick Swayze so intense she kissed a hole in her Dirty Dancing poster.

The deck has always been stacked against me, she writes, but: I own my story and the choices I made.

It was in that role that Daniels attended a celebrity golf tournament in Lake Tahoe, in 2006, where she and two colleagues greeted golfers between holes. There she first sees Trump: He had a red cap, a Trump crest as a placeholder for the MAGA slogan not one of us could see coming.

Trumps bodyguard invites Daniels to dinner, which turns out to be an invitation to Trumps penthouse, she writes, in a description of alleged events that Daniels has disclosed previously but which in the book are rendered with new and lurid detail. She describes Trumps penis as smaller than average but not freakishly small.

He knows he has an unusual penis, Daniels writes. It has a huge mushroom head. Like a toadstool

I lay there, annoyed that I was getting fucked by a guy with Yeti pubes and a dick like the mushroom character in Mario Kart …

It may have been the least impressive sex Id ever had, but clearly, he didnt share that opinion.

Daniels alleged relationship with Trump included one moment in 2007, she writes, in which she is with Trump in a hotel room watching a Shark Week broadcast on cable television when he receives a phone call from Hillary Clinton, then running against Barack Obama for the Democratic presidential nomination.

Then, to make it crazier, Hillary Clinton called, Daniels writes. He had a whole conversation about the race, repeatedly mentioning our plan …

Even while he was on the phone with Hillary, his attention kept going back to the sharks.

Amid an explosion of controversy on social media on Tuesday morning after the publication of this story, Daniels attorney, Michael Avenatti, said on Twitter the most important thing about thebook was not the description of her sex with Mr Trump.

It was, he said, her description of her life and role as a modern woman unafraid to speak truth to power.

Daniels did not comment on Tuesday but Avenatti appeared on CNN. Challenging Trump, Cohen or any other protagonist to prove otherwise, he said the book firmly establishes my client is telling the truth.