Booksellers say Renaudot prize nomination of Marco Koskas novel, which is only available online, is inviting their trade to jump into the wolfs mouth 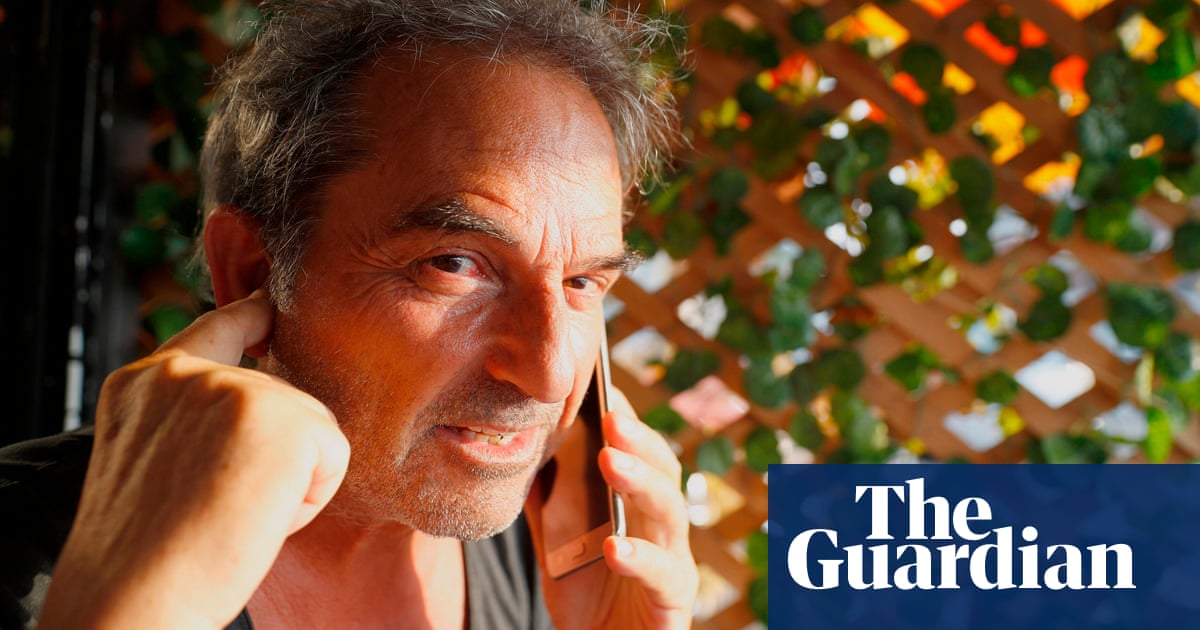 French booksellers have called on literary judges to defend books and not those who threaten them, after one of Frances most prestigious prizes selected a self-published novel available only via Amazon.

Among the 17 titles in contention for this years Prix Renaudot is Marco Koskas Bande de Franais, which was self-published on Amazons CreateSpace platform. According to the Syndicat de la librairie franaise, which represents French booksellers, the jury have put them in an impossible position.

The French-Israeli author, who has published more than a dozen books via more traditional routes, told the Guardian he was forced into put out an edition of Bande de Franais himself after no French publisher picked it up.

As I didnt want to bow down to this decision, Koskas said, in the end I decided to self-publish. Otherwise I might have gone into some sort of literary hiding.

The novel is only available for sale through the internet giant, so according to the Syndicat, it is technically and commercially almost impossible for bookshops to put it on their shelves.

Morally, above all, they refuse to jump into the wolfs mouth, the Syndicat said in a statement. Amazon, it said, not only wants to become a major player in the book market, it wants to become the market itself by eliminating its competitors, organising unfair competition, avoiding tax and replacing publishers, distributors and bookshops in one fell swoop.

The Syndicat warned that including Bande de Franais on the Renaudot longlist does a disservice to the author himself, as well as to booksellers, and is a worrying sign for the future of book creation and distribution.

Far from fearing that the jury had done him a disservice, Koskas declared himself amused and proud to find himself picked out, adding that the Syndicats call for him to be excluded was a great lack of fair play, not to say blackmail.

Bookshops should not be angry with him, he said, nor with the Renaudot jury, but with the publishers who made a mistake about my book a decision he suggested stems from an anti-Israel sentiment that he says is strong in France.

I know that booksellers cannot turn against all the publishers who rejected me there are too many, he said. But theyre turning against Amazon, who published me. That makes no sense. Amazon offers authors a much more flexible contract than publishers, and above all, Amazon has no literary opinion. That is important. They do not get involved with what I write. They dont ask for money to print my book, and they are paid, like any matchmaker, when the product sells. What do I have to complain about?

Renaudot jury member and author Patrick Besson defended the choice of Bande de Franais in Le Point, calling the novel one of the most original, the most interesting, of the autumn season. It tells of the life of French Jews who emigrated to Israel, he said. It has a freshness Its intelligent. I devoured it.

Besson said he had not noticed that the book was self-published via Amazon, and that he was only interested in the text.

Take Proust, Besson said. Swanns Way was published by Grasset in 1913 at the authors expense. What farmer would work his field for a 10% return? Its perfectly understandable that some authors are not satisfied with the current situation and rebel against publishers.

France is highly supportive of its independent booksellers: it has fixed book prices, and caps discounts at 5%, passing a bill in 2013 to stop retailers such as Amazon from combining the 5% discount with free delivery. There are around 3,000 independent bookshops in France, compared with less than 1,000 in the UK.

Koskas said that he likes having bookshops on the high street and hopes they survive. But if they are bookshops where you cant find my books, when I have spent my life writing books, well, lets say that I am becoming less sympathetic to booksellers plight, he added.

According to the French author Laurent Binet, its easy to understand why bookshops are up in arms. For booksellers, the issue was not so much that the book was self-published, he said, but that it was published through Amazon.

For us, literary prizes have an enormous impact and generate a lot of sales, so the stakes are high, he said. In France, our bookshops are doing better than elsewhere because of a very restrictive book policy and also thanks to our attachment to paper books. The sale of ebooks is still marginal. But this relative good health is fragile, and it would take little to destabilise it. And Amazon is clearly seen as the No 1 threat. The move from the Renaudot is seen as a sort of Amazon Trojan horse.