The Booker-winning author on Angela Merkel, tennis and his tribute to The Go-Between 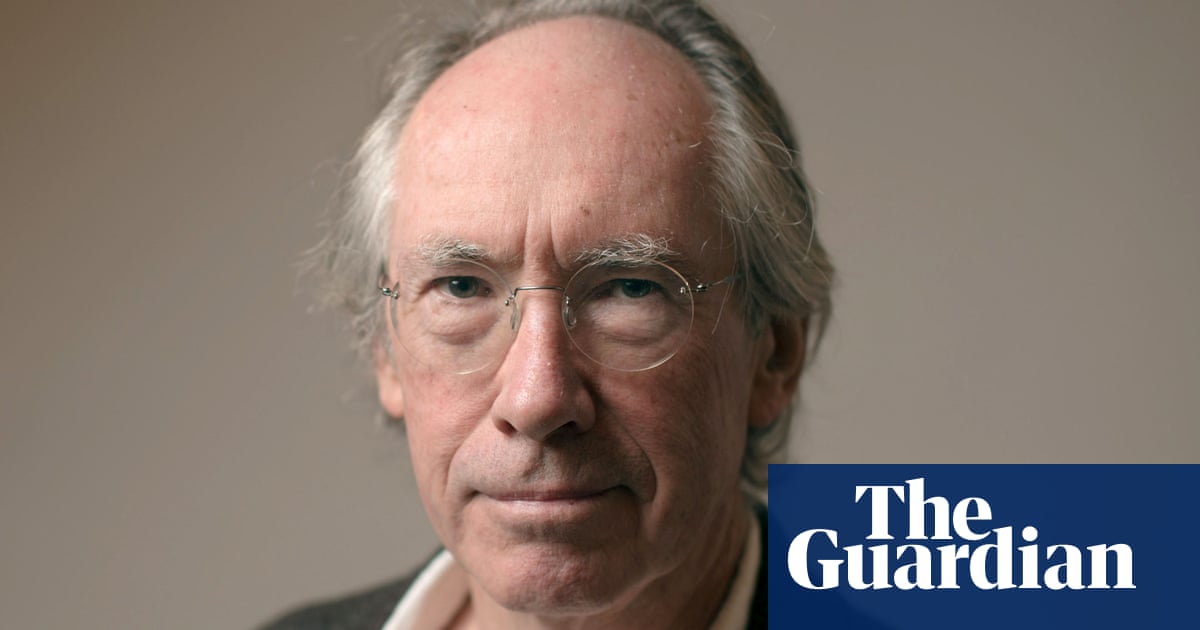 Born in Hampshire, Ian McEwan, 70, took a creative writing MA at the University of East Anglia. In 1976, his first collection of short stories, First Love, Last Rites, won the Somerset Maugham award; his first novel, The Cement Garden, was published two years later. He won the Booker prize in 1998 with Amsterdam. His novels Atonement and On Chesil Beach are both films, and The Children Act is in cinemas on 24 August.

When were you happiest?
In my mid- to late-20s, in London, beginning to publish, living hand to mouth, having fun. Also now, when love and life and work have finally cohered.

What is your greatest fear?
Falling from a high building.

What is your earliest memory?
Escaping from home on my tricycle at the age of two and a half, and heading to the gasworks.

Which living person do you most admire, and why?
Angela Merkel. Under attack from all sides, she tries to keep alive the dreams of a tolerant, inclusive, open society.

What is the trait you most deplore in yourself?
My second serve at tennis.

Who would play you in the film of your life?
Clint Eastwood.

Which book changed your life?
The Go-Between by LP Hartley. I read it at the age of 13 and identified strongly with its central character, Leo. Atonement was in part my tribute to this novel.

What is the worst thing anyones said to you?
Your first line contains a dangler (ie, a dangling modifier).

What or who is the greatest love of your life?
Becoming a stepfather to two girls, then a father to two boys, was an explosion of love.

What does love feel like?
Exhilarating. Ive been extremely lucky in that the person I love, Annalena, happens to be my wife.

Which living person do you most despise, and why?
The lying, ideological Brexiters, a moneyed elite of cynical populists, who are trying to drive us towards a calamitous exit from the EU.

What is the worst job youve done?
Dustman in Camden Town, London, in my gap year.

If you could edit your past, what would you change?
To have grown up with my siblings. They were at least 10 years older than me.

If you could go back in time, where would you go?
London in the late 16th century, with a chance of meeting Will Shakespeare, Christopher Marlowe and Ben Jonson.

How do you relax?
By striding a mountain ridge with a friend, glass of wine in hand.

How often do you have sex?
Twice as often as everyone else.

What is the closest youve come to death?
Having a gun held to my head at a May Day rally during the revolution in Grenada. I was mistaken for a CIA agent.

What keeps you awake at night?
The BBC World Service followed by the dawn chorus.

What is the most important lesson life has taught you?
Nobody changes much past the age of two.