Organisers say prisoners across the country are expected to refuse to work, hold sit-ins and even stage hunger strikes 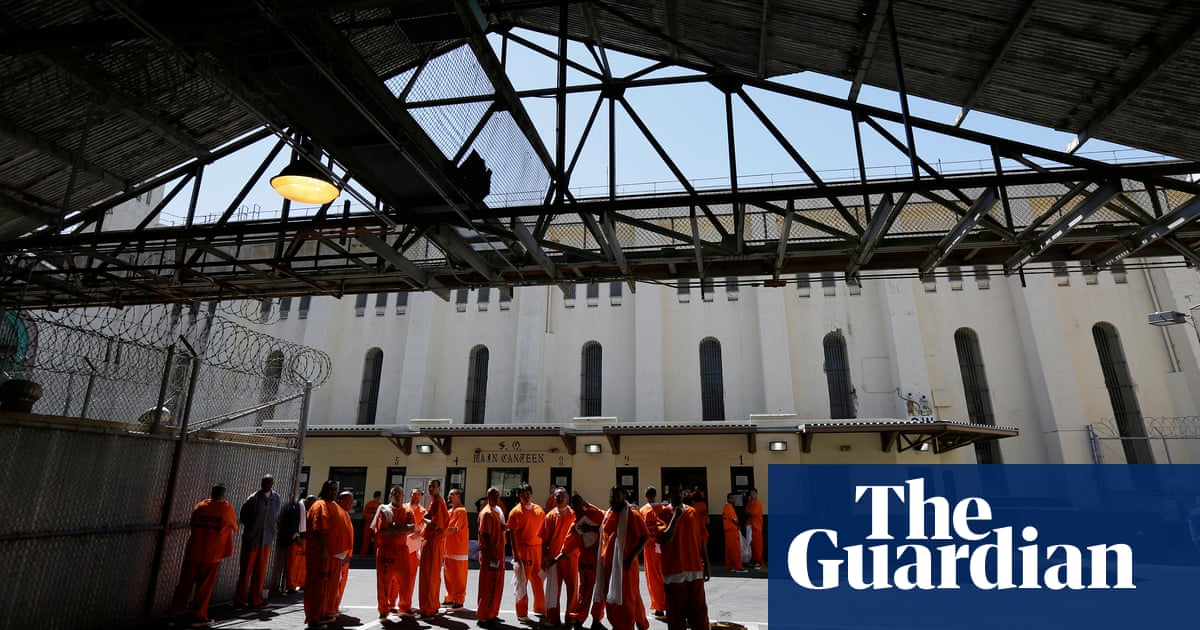 The first part of the prisons likely to be hit will be the kitchens, where stoves will remain unlit, ready-meals unheated and thousands of breakfasts uncooked.

From there the impact will fan out. The laundry will be left unwashed, prison corridors un-mopped, and the lawns on the external grounds ring-fenced with barbed wire will go uncut.

On Tuesday, Americas vast army of incarcerated men and women at 2.3m of them they form by far the largest imprisoned population in the world will brace itself for what has the potential to be the largest prison strike in US history.

Nineteen days of peaceful protest are planned across the nation, organised largely by prisoners themselves.

The strike is being spearheaded by incarcerated members of Jailhouse Lawyers Speak, a group of prisoners providing mutual help and legal training to other inmates. A few days ago they released an anonymous statement setting out their reasons for calling a protest that carries the risk of substantial penal retaliation.

Fundamentally, its a human rights issue, the statement said. Prisoners understand they are being treated as animals. Prisons in America are a warzone. Every day prisoners are harmed due to conditions of confinement. For some of us its as if we are already dead, so what do we have to lose?

Organizers have put together a list of 10 national demands. They include improved prison conditions, an end to life without parole sentences or death by incarceration as the authors call them, increased funding for rehabilitation services and an end to the disenfranchisement of some 6 million Americans with felony convictions who are barred from voting.

One of the most passionately held demands is an immediate end to imposed labor in return for paltry wages, a widespread practice in US prisons that the strike organisers call a modern form of slavery. More than 800,000 prisoners are daily put to work, in some states compulsorily, in roles such as cleaning, cooking and lawn mowing.

The remuneration can be as woeful in states such as Louisiana as 4 cents an hour.

The idea that such lowly-paid work in a $2bn industry is equivalent to slavery is leant weight by the 13th amendment of the US constitution. It banned slavery and involuntary servitude, with one vital exception: as punishment for crime whereof the party shall have been duly convicted.

Prisoners, in other words, have no constitutional rights and can be blatantly exploited.

In addition to a refusal to work, inmates engaging with the strike plan to go on hunger strikes, hold sit-in protests and stage a boycott of commissaries, collect phone calls and other payment streams where private and state-owned companies make money out of them. The boycott was the brainchild of Bennu Hannibal Ra-Sun of the Free Alabama Movement under the rubric Redistribute the Pain.

He called on fellow prisoners to stop channeling either their own or their relatives money to what he called the prison industrialized complex. He urged participants to spend 25% of what they saved from the boycott on books such as Prison Profiteers: Who Makes Money from Mass Incarceration.

Inmates who join the action know that they face potentially serious consequences. Participants face being placed individually into isolation cells, while past prison strikes have been met with lockdowns of entire institutions.

Communications too are certain to be blocked, leading potentially to a blackout of news on the protest.

According to prison reform activists engaged in planning the strike, retaliatory measures have already started. Karen Smith, who runs the Gainesville, Florida chapter of the Incarcerated Workers Organizing Committee that is backing the strike, said that prison authorities have moved most of the local strike organisers into solitary confinement wings where they will be unable to communicate with others.

Other inmates have been warned that if they continue to contact advocacy groups they will be moved to the most brutal camps.

The strike comes two years after the last major nationwide prison strike in September 2016 that saw more than 20,000 inmates refuse to show up for work across 12 states. That strike was co-ordinated out of Holman prison in Alabama, a state notorious for its overcrowded and dilapidated penal institutions, by a group of inmates styling themselves the Free Alabama Movement.