As his new book is published, the bestselling author talks fake news, meditation and appearing with Natalie Portman 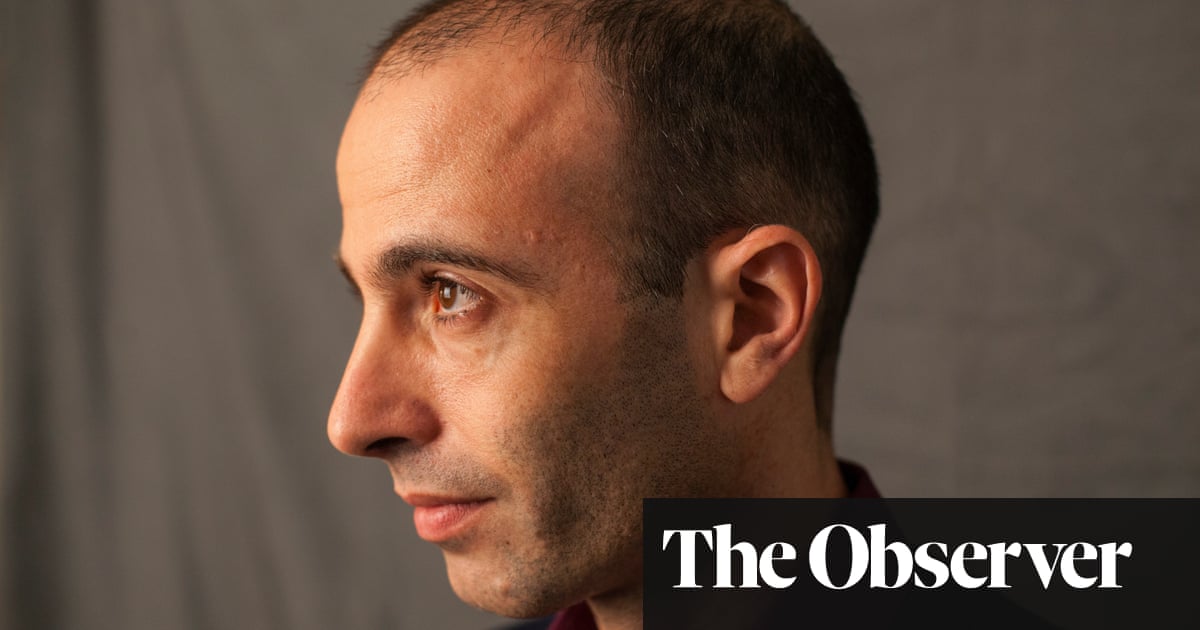 Yuval Noah Harari is an Israeli historian who has written two bestsellers: Sapiens, which examined the course of early human history, and Homo Deus, which speculated on where we might be heading as a post-human species. His new book, 21 Lessons for the 21st Century, is an exploration of the difficulties that confront us at the present.

You are now a highly successful public intellectual. In what ways has international recognition changed you?
Well I have much less time. I find myself travelling around the world and going to conferences and giving interviews, basically repeating what I think I already know, and having less and less time to research new stuff. Just a few years ago I was an anonymous professor of history specialising in medieval history and my audience was about five people around the world who read my articles. So its quite shocking to be now in a position that I write something and there is a potential of millions of people will read it. Overall Im happy with whats happened. You dont want to just speak up, you also want to be heard. Its a privilege that I now have such an audience.

How do you set about deciding what are the most pressing questions of the age?
Actually in a way this was the easiest book to write because it was written in conversation with the public. Its contents were decided largely by the kinds of questions I was asked in interviews and public appearances. My two previous books were about the long-term past of humankind and the long-term future. But you cant live in the past and you cant live in the future. You can live only in the present. So unless you can take these long-term insights and say something abut the immigration crisis, or Brexit or fake news, whats the point?

Do you think people understand the implications of the bio- and infotech revolutions that are under way?
Five years ago artificial intelligence sounded like science fiction. Even though in the academic world and private business people were aware of the potential at least, in the political field and public discourse you hardly heard anything about it. Then a couple of governments realised what is happening. My impression is that the Chinese realised first what was going on. I think this stems from their national trauma from the industrial revolution, when they missed the train and they were left behind and suffered terribly. They will do anything to be in the front of the AI revolution. Over the last year or so, the Europeans and Americans also realised. And now we are heading towards a full-scale arms race of artificial intelligence, which is very, very bad news.

Why is liberalism under particular threat from big data?
Liberalism is based on the assumption that you have privileged access to your own inner world of feelings and thoughts and choices, and nobody outside you can really understand you. This is why your feelings are the highest authority in your life and also in politics and economics the voter knows best, the customer is always right. Even though neuroscience shows us that there is no such thing as free will, in practical terms it made sense because nobody could understand and manipulate your innermost feelings. But now the merger of biotech and infotech in neuroscience and the ability to gather enormous amounts of data on each individual and process them effectively means we are very close to the point where an external system can understand your feelings better than you. Weve already seen a glimpse of it in the last epidemic of fake news.

Theres always been fake news but whats different this time is that you can tailor the story to particular individuals, because you know the prejudice of this particular individual. The more people believe in free will, that their feelings represent some mystical spiritual capacity, the easier it is to manipulate them, because they wont think that their feelings are being produced and manipulated by some external system.

You write in a clear and lucid style, but do readers still misunderstand you?
Yes, quite a lot. This is understandable. Sometimes its because they dont really want to understand. Sometimes its because many of the issues are new and complicated. I dont think reading a single book can clarify all these issues. It is the responsibility of scientists, certainly when they speak to the general public, to speak as clearly as possible. But Im under no illusions that everyone will understand what I write in the same way I intended.

You say if you want good information, pay good money for it. The Silicon Valley adage is information wants to be free, and to some extent the online newspaper industry has followed that. Is that wise?
The idea of free information is extremely dangerous when it comes to the news industry. If theres so much free information out there, how do you get peoples attention? This becomes the real commodity. At present there is an incentive in order to get your attention and then sell it to advertisers and politicians and so forth to create more and more sensational stories, irrespective of truth or relevance. Some of the fake news comes from manipulation by Russian hackers but much of it is simply because of the wrong incentive structure. There is no penalty for creating a sensational story that is not true. Were willing to pay for high quality food and clothes and cars, so why not high quality information?

We live in a moment of unprecedented change. Are humans built to withstand such rapid rates of change?
Well have to wait and see. My main fear is really psychological whether we have the psychological resilience to sustain such a level of change. The rate of change has been accelerating for the past two centuries. My grandmother is 93 and she is OK. By and large we survive. Whether we can do it again, there is no guarantee. We must invest more resources in the psychological resilience of people.

What does meditation mean to you and why is it important?
For me it is a way to understand reality about myself first of all and then reality about the rest of the world, without any stories and fictions and mythologies. Just to observe what is really happening. The most important question for me is how to tell the difference between fiction and reality, and thats why meditation is such an important part of my life. Whether its important to other people, it depends on the person. My last chapter in the book is more personal because its about meditation. I worried that people would think Im saying that meditation will solve all the problems I raise. It can help people cope with stress but its definitely not the silver bullet that will save humankind from all its problems.

How come you are appearing with Natalie Portman in London in September?
It sounded like an interesting idea. Shes not just a movie star, shes also a very intelligent person with a background in science and psychology. So it will be interesting to talk to someone who belongs in two camps. I think things probably look very different from where she is.

Are you concerned that people will look to you as a wise man or seer with all the answers?
Yes it is a concern, especially as I dont have the answers, at least most of the answers. And I am familiar with the human tendency to want there to be somebody with all the answers and just to do what he or she says. And Im definitely not that person. So I hope that people will read the book not as an infallible guide to living in the 21st century but as a list of questions. You cant have answers before you have a debate. So we first need to start a debate.