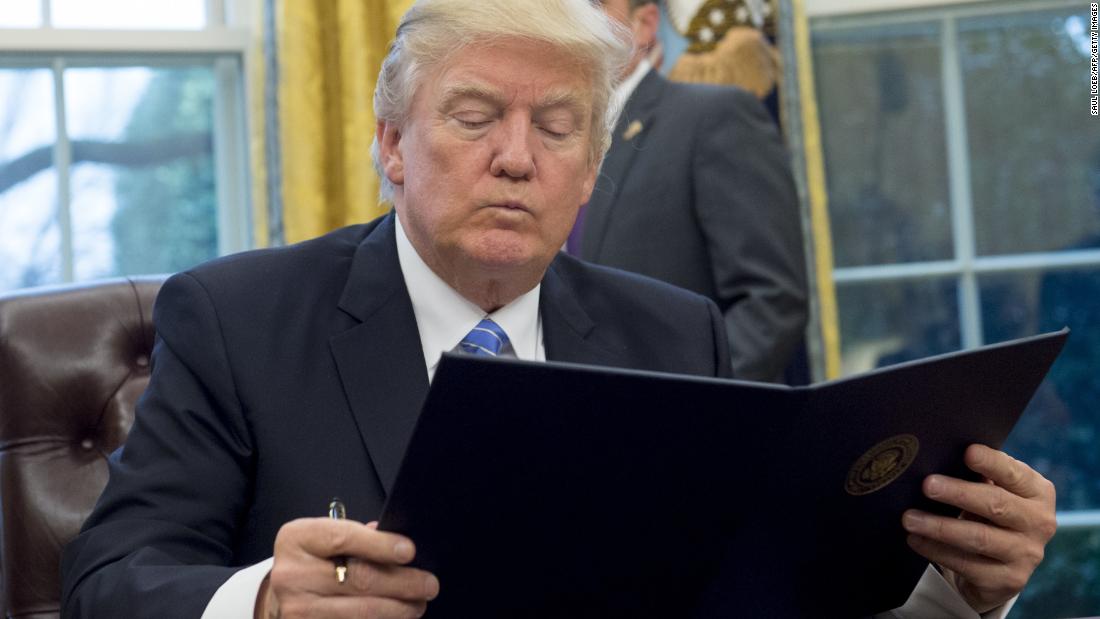 Washington (CNN)President Donald Trump said he doesn’t have much time these days for reading, but that hasn’t stopped him from recommending books this year.

There’s a common theme among the books that have Trump’s approval. They either focus on the President in a positive light or have been authored by Trump supporters, friends or anchors on his favorite news channel, Fox News.
Trump’s recent predecessors have shared with the American public what they’ve been reading. Their reading selections were a mix of literary fiction, historic novels, biographies and popular best-sellers. Both Barack Obama and George W. Bush regularly released their reading lists while on vacation. Years after leaving the White House, Bill Clinton released reading lists in honor of National Book Lovers Day or in conjunction with his presidential library preview exhibit.
Here’s an unofficial list of the books Trump has endorsed this year: 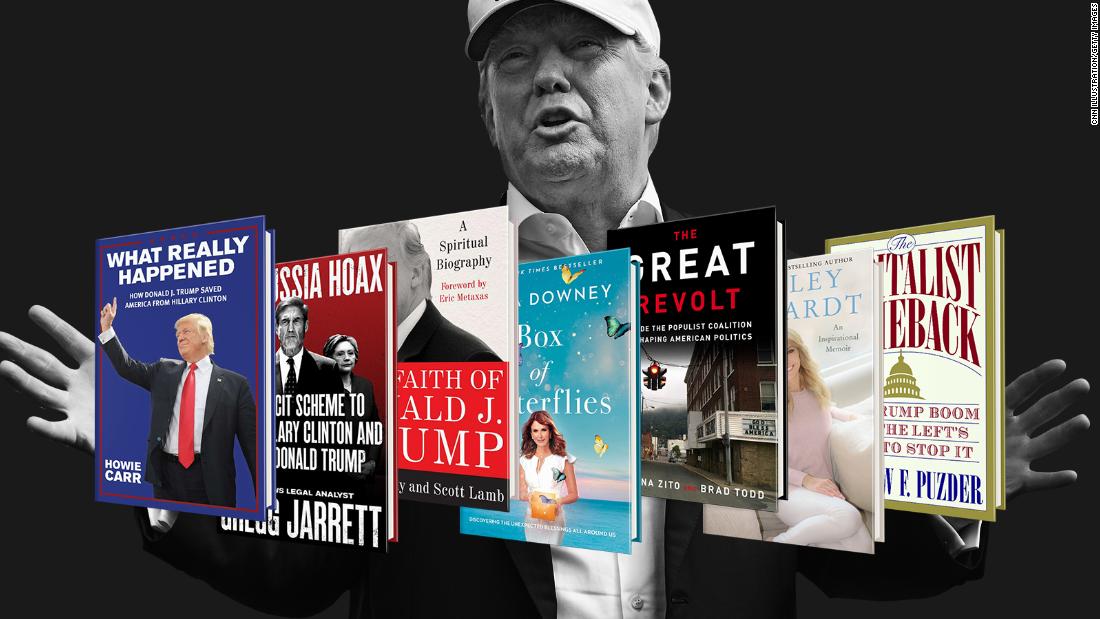 “The Russia Hoax: The Illicit Scheme to Clear Hillary Clinton and Frame Donald Trump,” by Gregg Jarrett
Trump lauded this book as “hard work” from Jarrett, a Fox News legal analyst who Trump called “a brilliant guy.”
“It’s the Real Story of the Rigged Witch Hunt!” Trump wrote Thursday of the Justice Department’s investigation into Russian interference in the 2016 presidential election and whether Trump campaign associates coordinated with Russia.
He had tweeted last month that “it is a great book that everyone is talking about.”
“The Briefing: Politics, the Press and the President,” by Sean Spicer
“A friend of mine and a man who has truly seen politics and life as few others ever will, Sean Spicer, has written a great new book,” Trump wrote, adding that the account from his former White House press secretary is a “story told with both heart and knowledge.”
“9 Rules of Engagement,” by Harris Faulkner
Trump praised this memoir by Fox News anchor Faulkner as a “terrific new book.”
“Liars, Leakers and Liberals, the Case Against the Anti-Trump Conspiracy,” by Jeanine Pirro
The President also tweeted twice about this book from Fox News host Jeanine Pirro.
“Our great Judge Jeanine Pirro is out with a new book, ‘Liars, Leakers and Liberals, the Case Against the Anti-Trump Conspiracy,’ which is fantastic. Go get it!” he wrote in June.
“The Capitalist Comeback: The Trump Boom and the Left’s Plot to Stop It,” by Andy Puzder
Trump gave a nod to his former labor secretary nominee Puzder’s new book, predicting that it will be a “big hit.”
Puzder withdrew his nomination last February after it was revealed he employed an undocumented immigrant as a housekeeper, but he remains in Trump’s good graces.
“The Great Revolt: Inside the Populist Coalition Reshaping American Politics,” by Salena Zito and Brad Todd
Zito, a syndicated columnist and CNN contributor, and Todd, a GOP strategist, interviewed over 300 Trump voters in 10 swing counties to provide enlightenment on “the movement that spawned the greatest upset in recent electoral history.”
“The Light Within Me: An Inspirational Memoir” by Ainsley Earhardt
This memoir from Fox News anchor Earnhardt had Trump urging his followers to “bring it to number one!”
“The Faith of Donald Trump” by David Brody and Scott Lamb
Brody, the chief politicalcorrespondent for the Christian Broadcasting Network, and Scott Lamb, a vice president of Liberty University, penned what they call a “spiritual biography” of Trump.
Trump, who was interviewed for the book, called it a “very interesting read.”
“What Really Happened: How Donald J. Trump Saved America From Hillary Clinton,” by Howie Carr
Carr is a conservative radio host who opened for Trump at a 2016 campaign rally. Trump returned the favor back by promoting Carr’s book that chronicles his 2016 campaign.