The long read: Swedens literary elite has been thrown into disarray by allegations of sexual harassment and corruption Dun Dun Duhhhhhhhh! 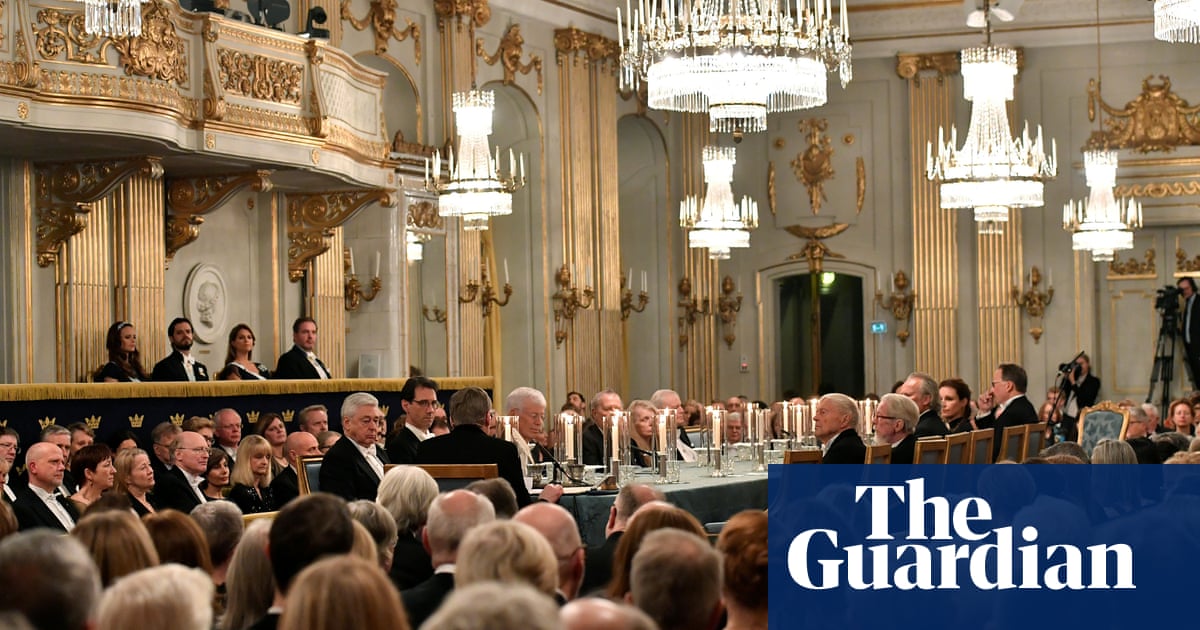 In the eyes of its members, there is no more important cultural institution in the world than the Swedish Academy. The members, who call themselves The Eighteen (always in capitals), are elected for life by their peers, and meet for a ritual dinner every Thursday evening at a restaurant they own in the heart of the old town in Stockholm. And once a year, at a ceremony brilliant with jewels and formality, the permanent secretary of the academy hands out the Nobel prize in literature and all the world applauds.

But this year there will be no prize and no ceremony. In November 2017, it was revealed in the Swedish press that the husband of one of the academy members had been accused of serial sexual abuse, in assaults alleged to have taken place over more than 20 years. Jean-Claude Arnault, a French photographer and cultural entrepreneur, is married to the poet and academician Katarina Frostenson. In addition to assault accusations against him, the pair are accused of misusing academy funding. Arnault has denied all accusations, and Frostenson has refused to comment.

The academy is paralysed by the scandal, which was followed by a slew of resignations and expulsions. Six of The Eighteen have withdrawn from any part in its deliberations; another two were compelled to do so. The statutes say that 12 members must be present to elect any new ones, so with only 10, no important decisions can be taken and no new members elected. The vacuum has been filled with invective.

According to one senior academy member, the man responsible for the moral decay of the institution through his rotten macho values and arrogant high-handedness is the critic and historian Horace Engdahl, a former secretary of the academy. Engdahl, a close friend of Arnault, has in turn called the current secretary the worst the academy has ever had.

The scandal broke when the Stockholm daily paper Dagens Nyheter published the testimonies of 18 women who said that they had been assaulted or exploited by Arnault. Even if many were anonymous, the cumulative effect was impossible to ignore. In two cases the allegations amounted to rape.

What made the matter a wider global scandal is that it seemed to reveal something rotten at the heart of the Swedish Academy: many of the attacks were said to have taken place in luxurious apartments owned by the academy, in Stockholm and in Paris. Arnault and Frostenson also profited for years from academy subsidies to an arts club they owned and ran together. In addition, Frostenson has been accused of leaking the names of literature prize winners to Arnault, with the result that large bets were placed with bookies in Paris. Arnaults lawyer, Bjrn Hurtig, told Expressen that his client was disturbed and resigned He says this is totally wrong and he is innocent of the allegations.

Soon after the scandal broke, the secretary of the academy, Sara Danius, announced that she had herself been sexually harassed by Arnault. She called in lawyers and attempted to expel Frostenson from the academy. Arnault, meanwhile, has powerful defenders. His great friend Engdahl campaigned to have Danius expelled in turn. In an article for the national tabloid Expressen, Engdahl deprecated the vulgarity of his opponents in the academy, and called them a clique of bad losers who plotted to wound and humiliate Katarina Frostenson.