Divorce, miscarriage, career knock-backs the big moments in life often come through crisis and make us who we are, so dont airbrush them out, says Elizabeth Day 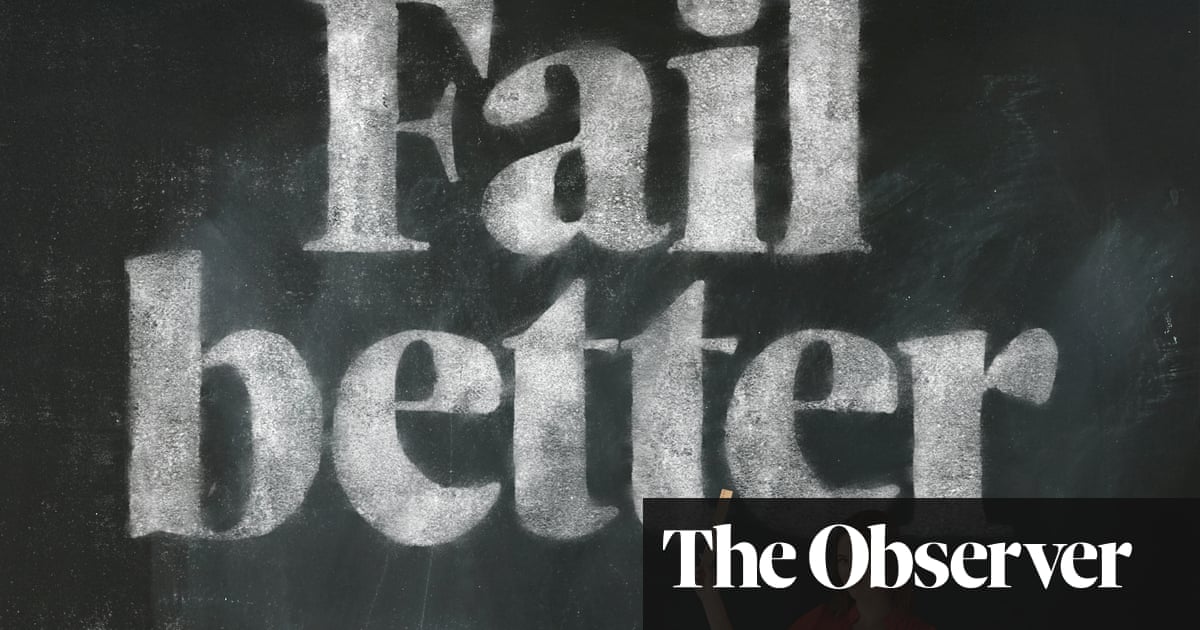 A few months ago, I spent an evening sitting on the sofa in my flat, cropping my head out of a series of wedding photographs. It was a fairly surreal experience excising my smiling face from the pictures taken outside the chapel. It was not something I had ever anticipated, because you dont think about divorce when youre walking down the aisle. You dont imagine it will happen to you. You dont believe that one day, you will be digitally altering your wedding photographs so that you can sell your mermaid-style gown and long-sleeved lace bolero to a stranger on eBay.

And yet this is where I found myself. The dress had been hanging in my wardrobe for three years since the end of my marriage. It had been pressed up against the winter coats, shrouded in its dry-clean carrier, and although I tried to forget about it, I never could. The dress took up residence like an unwanted tenant, a constant reminder of my failure.

As I posted details of the dress online, I began to think about failure and its shadow-twin, success. If I listed the achievements of my life, on paper, without emotion, I would have to concede that on some level I am doing OK. I have published four novels. I make a decent living as a journalist. I have a good degree, a wide friendship group and I pay my rent promptly each month.

I am, I suppose, objectively successful. But it doesnt always feel that way. I still hadnt grown out of the habit of walking into bookshops and rearranging my novels so they were on the top of the display table piles. Surely no truly successful author does that.

The more I thought about it, the more I realised that the biggest, most transformative moments of my life came through crisis or failure. They came when I least expected them, when I felt ill-equipped to deal with the fallout. And yet each time, I had survived.

Into this category I put the fact that I had got married at the age of 33, but divorced three years later. I had tried to have children, but failed despite two rounds of IVF and a natural pregnancy that ended in miscarriage at three months. I had been in and out of relationships that never seemed to last.

Professionally, too, there had been some knocks. I had written a heartfelt second novel about war and its impact, loosely based on the death of a former boyfriend in Iraq. It had been an important book to me, but when it was published it barely seemed to register. The few people who read it were kind and I got used to deflecting my wider sense of rejection with humour: Its a beach read, I told tiny literary festival audiences, if the beach is Dunkirk.

I called that book Home Fires. When Kamila Shamsie won the Womens prize this year for her critically acclaimed novel, Home Fire, it was hilariously ironic: in my head, the success of her work highlighted the failure of my own. But the truth was, I grew from the experience. Afterwards, I put what Id learned about writing into two more books. The latest, The Party, became a bestseller. Was it, I wondered, that I had unwittingly become successful as a by-product of failure? Had I, to paraphrase the words of the late American playwright Edward Albee, succeeded interestingly precisely because Id failed interestingly first?

It was a topic that interested me enough to start asking other people the same questions. In my day job as a journalist, Im in the privileged position of interviewing a lot of celebrities whose fame is a distinctive marker of a certain type of success. Yet they all had their own tales about life going awry. The actress Natalie Dormer, 36, recently told me that her 20s had been a decade of self-doubt and anxiety. She said she was relieved to reach her 30s because Youve fucked up. When youve fucked up a number of times, hopefully the idea is you dont fuck up as badly the next time when youre presented with the same or a similar situation. Im strong because Ive been weak, Im wise because Ive been stupid.

This seemed to me to be at the root of it: how one becomes strong because of weakness; how one is more likely to succeed if one has learned from failure. In recent years, the notion of failing well has gained considerable currency. Books such as Adapt: Why Success Always Starts with Failure by Tim Harford and The Art of Failingby Anthony McGowan (which describes itself as a chronicle of one mans daily failures and disappointments) have added grist to the notion that failure can be distilled into something more positive if the right alchemy is applied. Harford argues that improvising rather than planning is the way to tackle everything from terrorism, climate change, poverty and innovation to the financial crisis, and that trial and error is the best way of achieving long-term solutions to complex problems. No plan survives first contact with the enemy, he writes. What matters is how quickly the leader is able to adapt.

It was an idea worth exploring. So I began a podcast series called How to Fail. The idea was for me to do eight one-to-one interviews over eight weeks with highly successful people about what failure had taught them.

The rise of social media means we now live in an age of positive curation, where Instagram feeds and Pinterest mood boards are designed to give the most glowing impression of our lives. In this context, failure doesnt get much airplay. But, I thought, wouldnt it be refreshing if we stripped back the carefully crafted layers of our supposedly perfect selves, and revealed ourselves to be vulnerable?

To my delight, people seemed to warm to the concept. Soon, I had a wonderful roster of participants, plucked from friends and contacts, including the actor and writer Phoebe Waller-Bridge, the novelist Sebastian Faulks, the political activist Gina Miller and the writers Olivia Laing, David Nicholls, Dolly Alderton and Sathnam Sanghera.

Before each recording, I asked my interviewees to come up with three examples in their life when they felt they had failed and that they were willing to talk about. The failures cited ranged from humorous accounts of flunked exams to the big, life-altering crises of divorce and serious illness.

It was fascinating to see how men and women had different attitudes. Many of the men I approached balked at the idea they had failed at anything. They cited lost tennis matches, unrisen souffls and the inability to play a musical instrument. The women routinely responded that they would have trouble whittling down their myriad failures to just three instances.

There are so many to choose from! said Olivia Laing. Women are so socialised to be self-deprecating, to not claim their successes I think its much easier for women to say, I didnt do well at this, than to say, I did marvellously at it. Which is a bit depressing really, isnt it?

It is. But I was touched by how openly the women I interviewed were willing to delve into their failures. Gina Miller, the woman who took on the government over Brexit and won, wanted to talk not about that victory but about surviving an abusive marriage, raising a daughter with special needs and failing to graduate from a law degree.