Novice authors in a Lebanon refugee camp have collaborated on a novella. It is a literary achievement as well as an act of witness 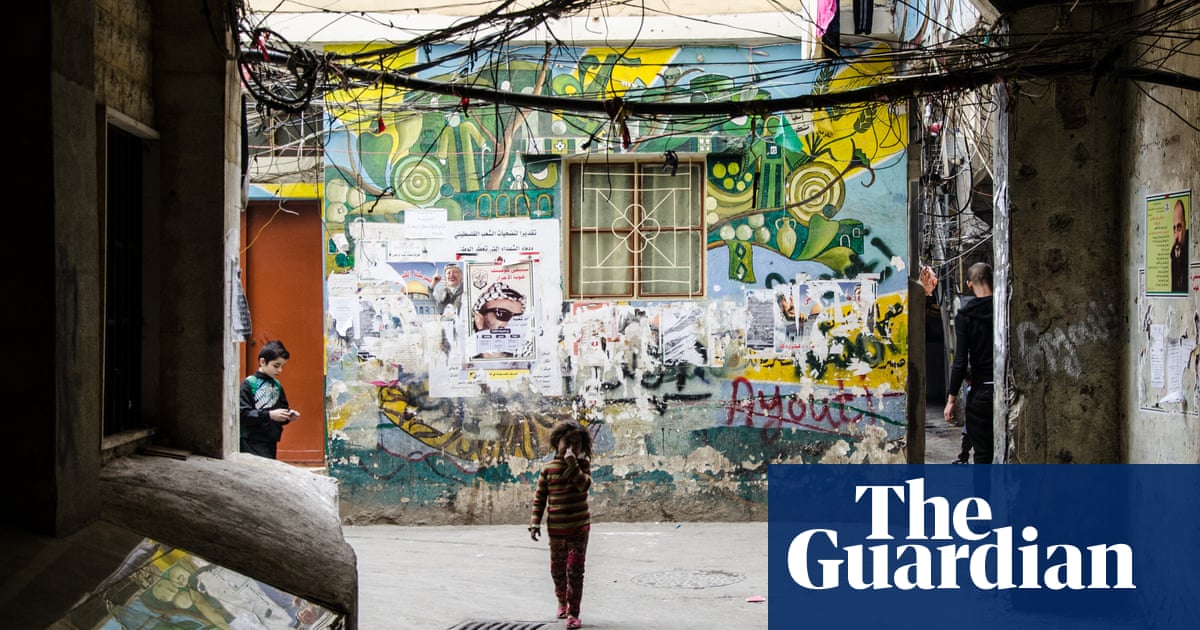 Many art forms are produced collaboratively, but we persist in the idea that literature must be the work of a single consciousness. Shatila Stories, a novella shaped from nine pieces of fiction created following a writing workshop, proves that wrong. Not only does it cohere, but its strength lies in its multiplicity of viewpoints and voices, which, instead of being a clever postmodern trick, lend depth, texture and most of all, authenticity essential given that this is a story set in Shatila, a teeming refugee camp in Beirut.

Dont talk about the camp unless you know it, commands a scrawl of graffiti depicted in a photograph at the start. Its nine writers, some of whom fled the war in Syria, some of whom were born in the camp, know it intimately, and the result is a startlingly unusual book, one that has the potential to open minds and change perceptions.

Shatila was set up by the Red Cross in 1942 to accommodate, according to Wikipedia, several hundred Palestinian refugees; estimates vary, but since taking in those fleeing the war in Syria its now thought to house up to 22,000 or even 40,000 people in one square kilometre. It was the scene of a brutal massacre in 1982, when militants tortured and killed between 700 and 3,500 people there and in the neighbouring Sabra district; unsurprisingly, that slaughter haunts the pages of Shatila Stories. These days the camp is governed by various Palestinian factions and left entirely unpoliced by Lebanon, its narrow alleyways, apartments, cafes and markets a pressure cooker allowing the very worst, and the very best, in human nature to flourish. The interlinked tales told here draw on that unique world, rather than on some generalised refugee experience: the novella touches on love, betrayal, redemption and self-fulfilment in the crucible of the camp, as well as the weight of history and the price of change. Tragedy, when it strikes, is shocking and unexpected no less so for having been cleverly foreshadowed yet life carries on, as it must for those left behind.

Peirene is a London-based publisher of novels in translation. Its founder, the German novelist Meike Ziervogel, worked with Lebanese NGO Basmeh & Zeitooneh (the Smile and the Olive) to set up a three-day creative writing workshop at the community centre it runs in Shatila; the project was funded by a Kickstarter campaign. With Suhir Helal, she chose nine participants, ranging in age from 18 to 42; after the workshop, they each had six weeks in which to deliver a 4,000-word typed draft, and during those weeks the group conferred via WhatsApp. Helal and Ziervogel then returned to the camp to work with the writers on their pieces and turn them into a coherent narrative, which was then translated. Each writer received an advance, and will be eligible for royalties; 50p from each book sale will be donated to the Basmeh & Zeitooneh charity.

Of course, the process was anything but simple. On the first day, every single participant turned up late, Ziervogel writes in the introduction. Some had good reasons, because the life of a refugee can be chaotic over the course of the workshop the writers dealt with many challenges: mainly illnesses due to the atrocious hygiene in the overcrowded camp, but also the sudden deaths of family members. A writing group in a Home Counties village hall this was not: The room that we used was as hot as a sauna and of course we had no computers, only pen and paper. The participants lack of experience was also an issue: Some had never completed their formal schooling and quite a few had never read a novel in their lives.

There are, as is natural in any project of this kind, some minor infelicities: jarring descriptions; cliches; awkward dialogue. None of it matters. There were many fiction-writing techniques that we did not teach, such as voice or points of view or even choice of tense, Ziervogel writes. All of this I could manage in the editing process. Clearly, a lot has been managed, and theres a strong case to be made that further tidying up would have spoiled the immediacy and authenticity of the project, and lost the sense of a multiplicity of voices speaking directly to us from Shatila camp.

Ziervogel admits that early on in the project she considered pulling the plug. I worried that we would produce a poor-refugee-can-also-write kind of book But towards the end of the first day, something changed inside myself and inside the writers. Their concentration and determination became palpable. Finding a way to speak the truth of your experience is transformative; to do it collaboratively must be doubly so.

Spare us your good intentions, your quiet pity, runs a line in an unattributed poem at the start of the book. No pity is necessary: as an enjoyable read, as literature, and as a work of witness, Shatila Stories is a resounding success.

Melissa Harrisons All Among the Barley is published by Bloomsbury in August. Shatila Stories is edited by Suhir Helal and translated by Nashwa Gowanlock and published by Peirene. To order a copy for 10.20 (RRP 12) go to guardianbookshop.com or call 0330 333 6846. Free UK p&p over 10, online orders only. Phone orders min p&p of 1.99.